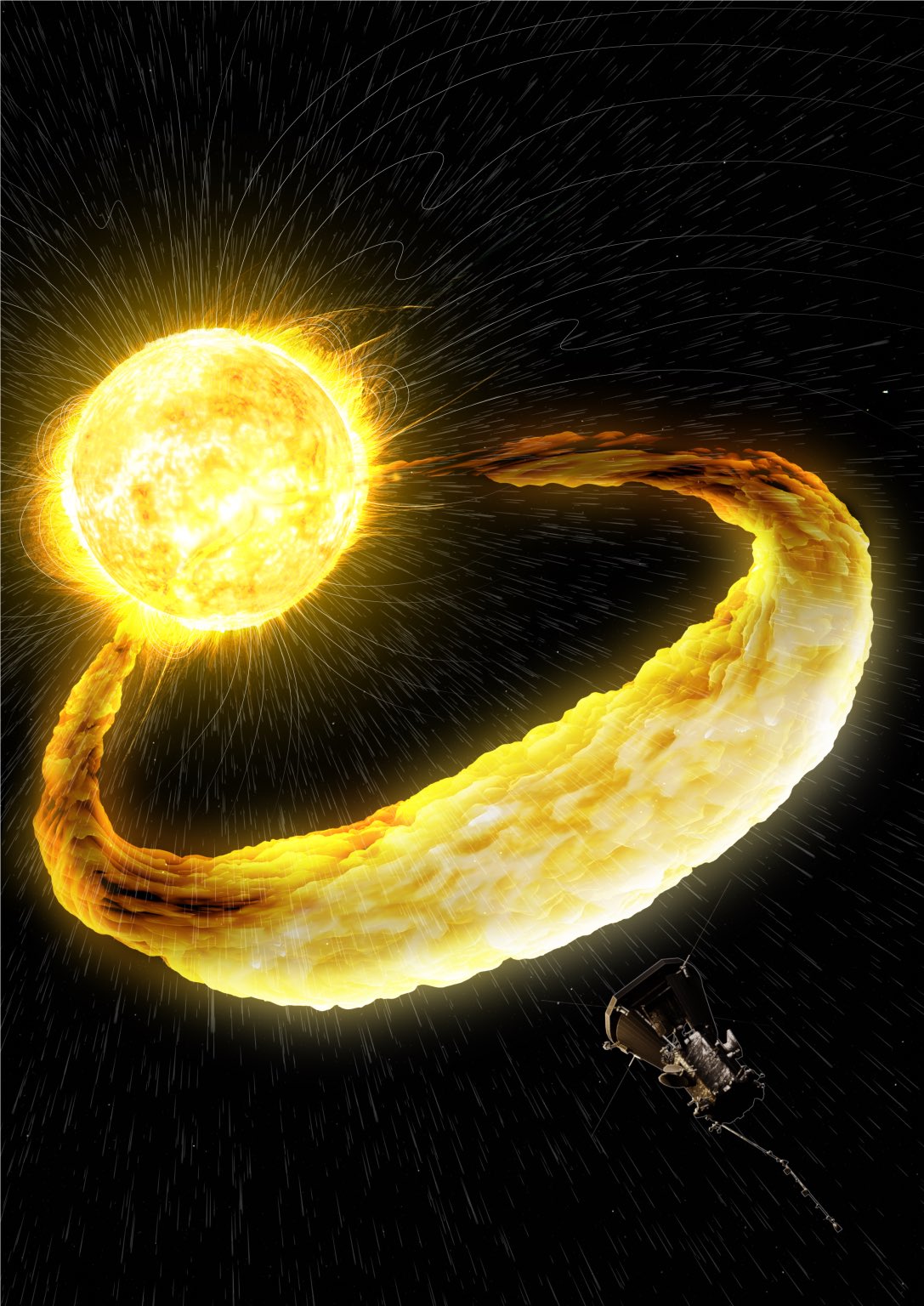 The science of space weather is concerned with understanding the causes and effects of varying conditions in mainly the Earth’s magnetosphere and atmosphere that are mostly driven by the Sun.

The solar wind is a supersonic flow of an extremely fast and tenuous plasma that is expelled by the Sun at all times, and interacts with other solar system objects such as planets, comets and asteroids. It carries a magnetic field that is shaped like a spiral due to the rotation of the Sun.

Normally, the so-called slow solar wind, which nevertheless impacts Earth with 400 kilometres per second, flows quietly around the Earth’s magnetic field. However, during time intervals of strong southward magnetic fields and higher solar wind speeds, which are caused by solar storms (known as coronal mass ejections) and fast solar wind streams, energy is transferred into the magnetosphere and the magnetic field of the Earth is temporarily disturbed.

The prediction of the solar wind impacting the Earth's magnetic field is a major unsolved problem in space science. An accurate solar wind forecast would tell us where and when the aurora lights up the sky, or whether power grids in countries at high latitudes such as Canada or Norway are at risks of failure.

In December 2019, our efforts were featured at the Austrian Science fund as project of the week.

This is a brilliant TED talk by our colleague Miho Janvier featuring animations from our group near the end.

NASA's Eyes is a fantastic software to explore the solar system and exoplanets, available both as a webtool and app.

The Sky Live is a 3D solar system simulator particularly useful for looking at comet orbits in the inner solar system.

Stellarium is the ultimate app for simulating the night sky.

A list of great video channels (english) on space exploration and (astro)physics: