A major unsolved problem in space weather involves predicting the solar wind at the Sun-Earth L1 point, specifically its speed and the north-south (Bz) magnetic field component. Knowledge of the future solar wind time evolution would allow us to drive any models for magnetospheric processes, such as the aurora, the radiation belts, the ionosphere or the currents induced in power lines with much higher reliability and forecast lead time than currently possible. Our modern society increasingly depends on space borne technology and predicting extreme space weather conditions at Earth is therefore of pivotal importance. 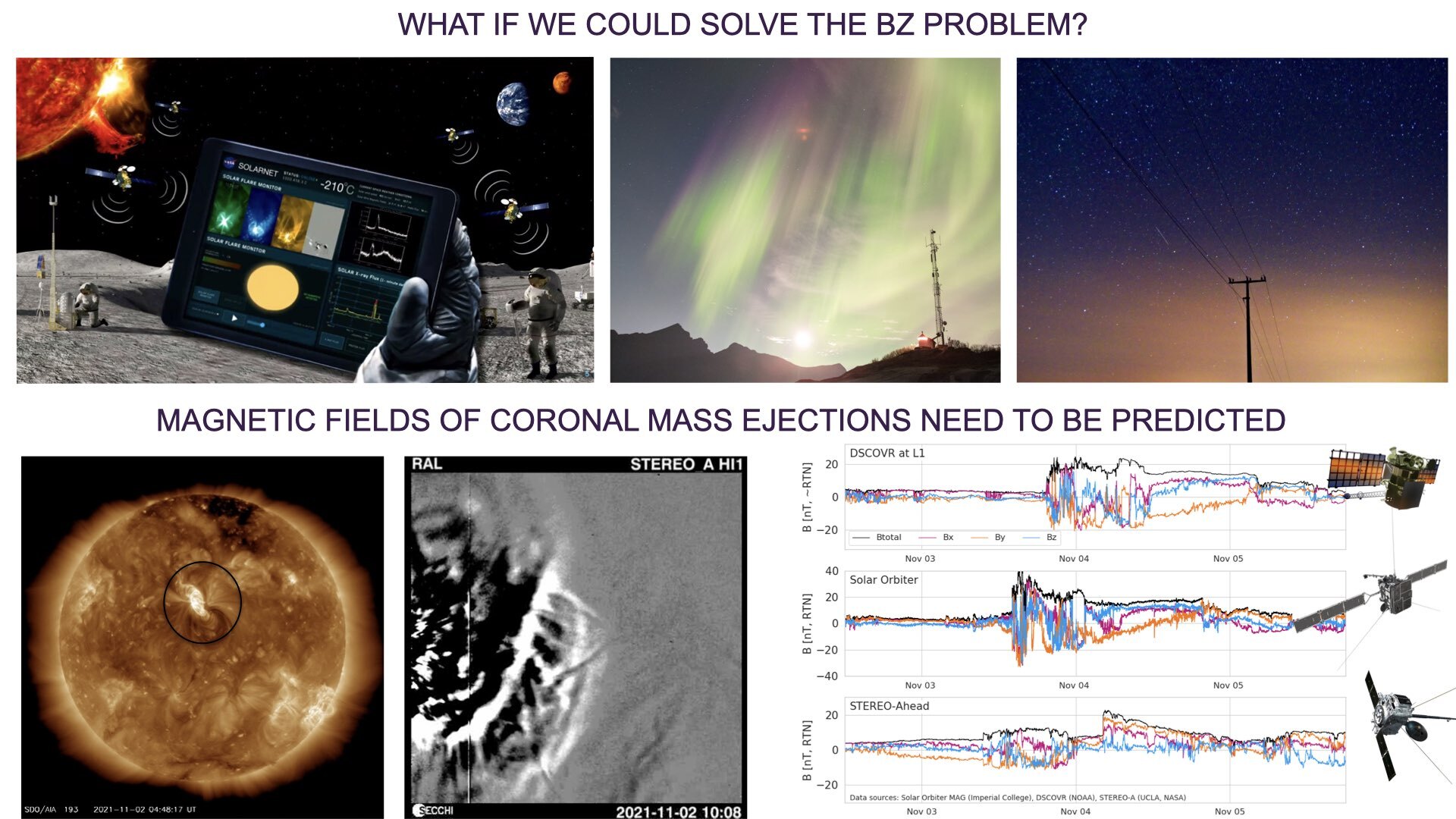 Our hypothesis is that we can predict the strongest Bz fields in magnetic flux ropes in solar coronal mass ejection (CMEs) with a novel combination of hyper-fast semi-empirical models in our new HELIO4CAST simulation, capable of running millions of ensemble members within minutes. Due to the coherence of flux ropes, it will be possible to forecast geomagnetic storms with lead times of 12 hours or more. 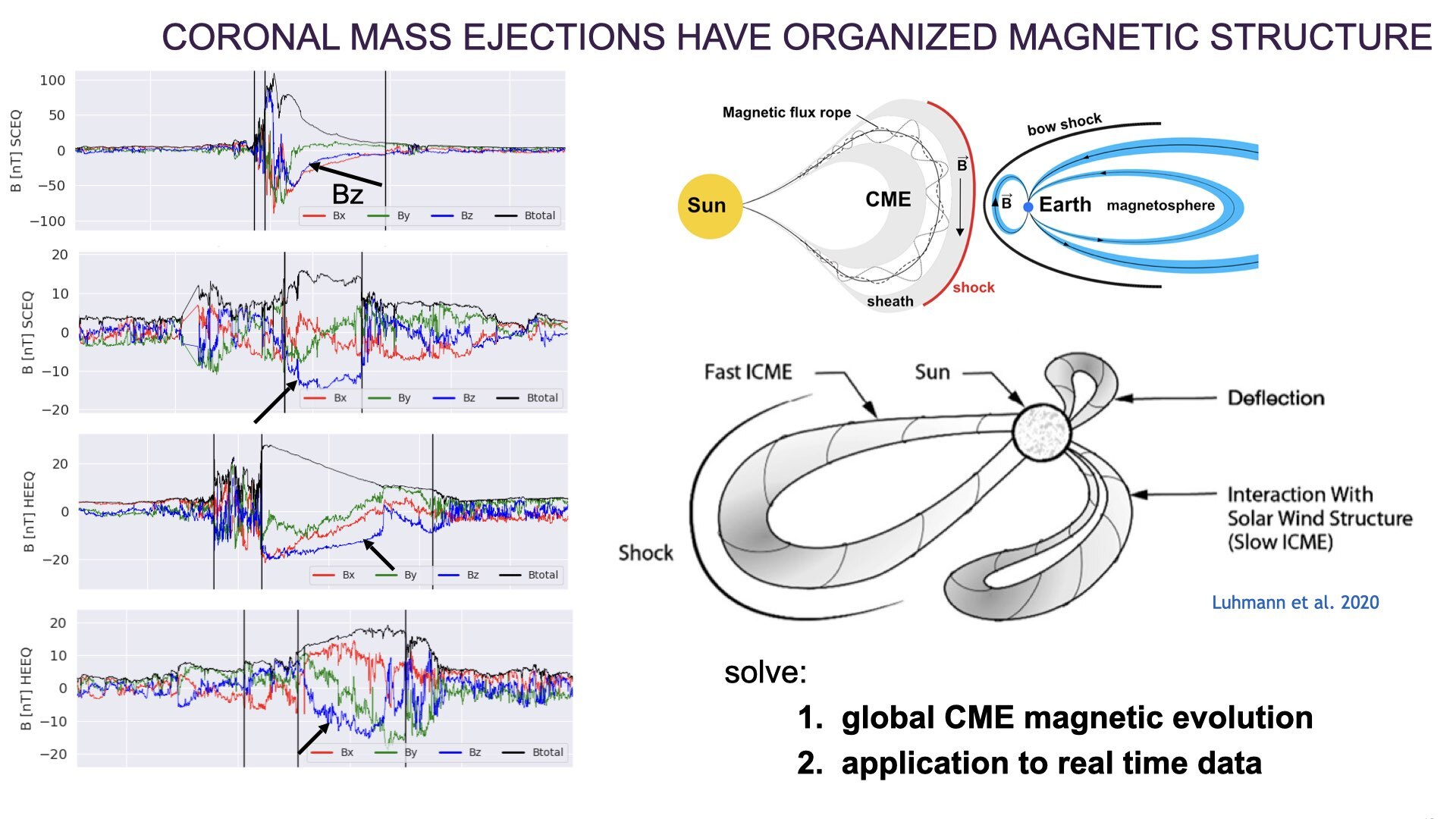 Additionally, for clarifying unsolved problems on the CME global shape and magnetic structure, a window of opportunity has opened at the start of solar cycle 25 with the successful launches and operations of Solar Orbiter, Parker Solar Probe, and BepiColombo, forming an unprecedented fleet of spacecraft to study CMEs. Groundbreaking numbers of multipoint lineup events, Solar Orbiter imaging for the first time from higher latitudes, and novel in situ data from Parker Solar Probe close to the Sun will lead to new discoveries. These unique observations in the solar wind will also deepen our knowledge of stellar CMEs. 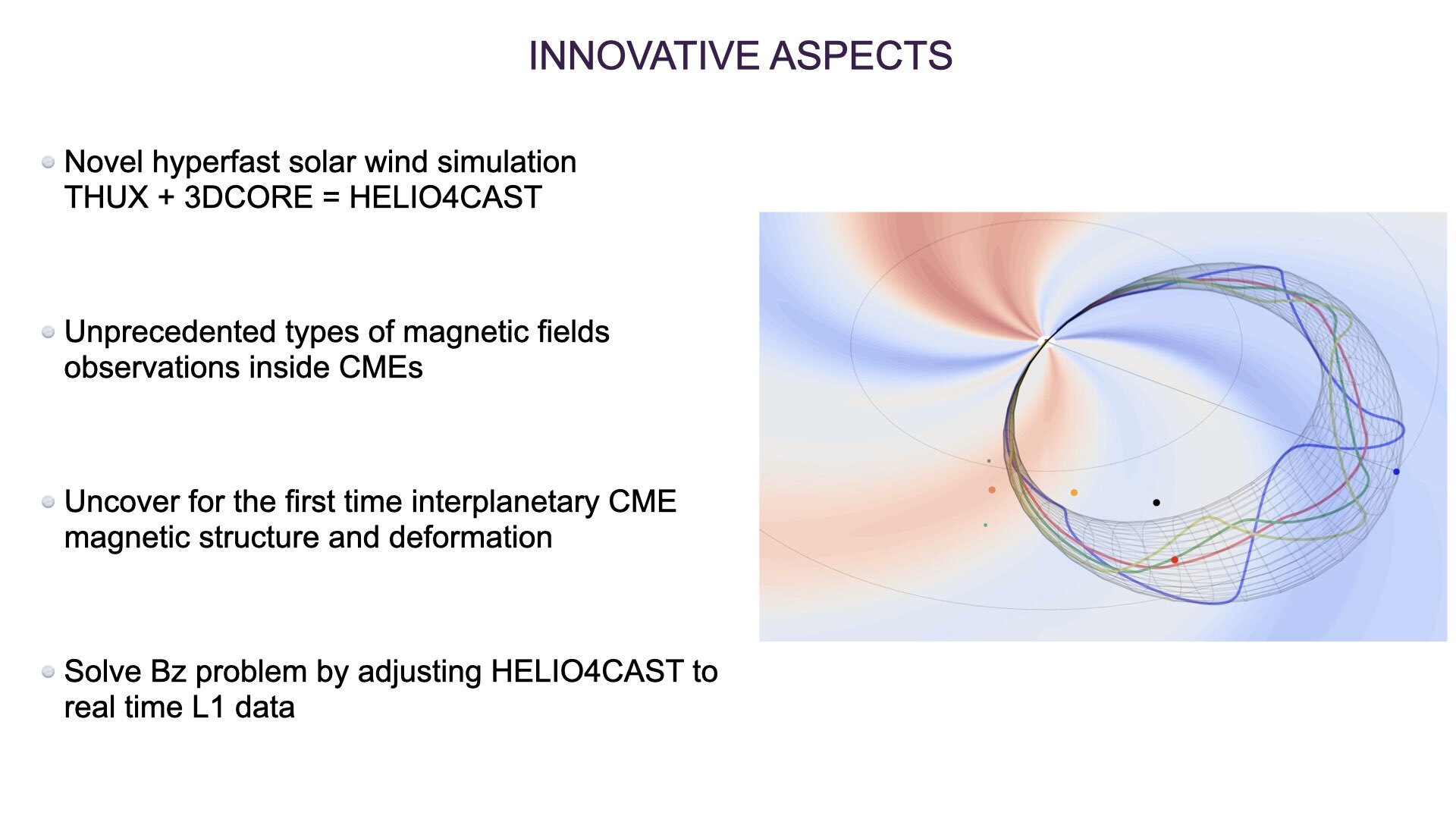 This ERC project provides an unconventional, direct feedback loop between answering open scientific questions and the application of forecasts in real time that will bring decisive progress in making a reliable space weather prediction part of our daily lives. 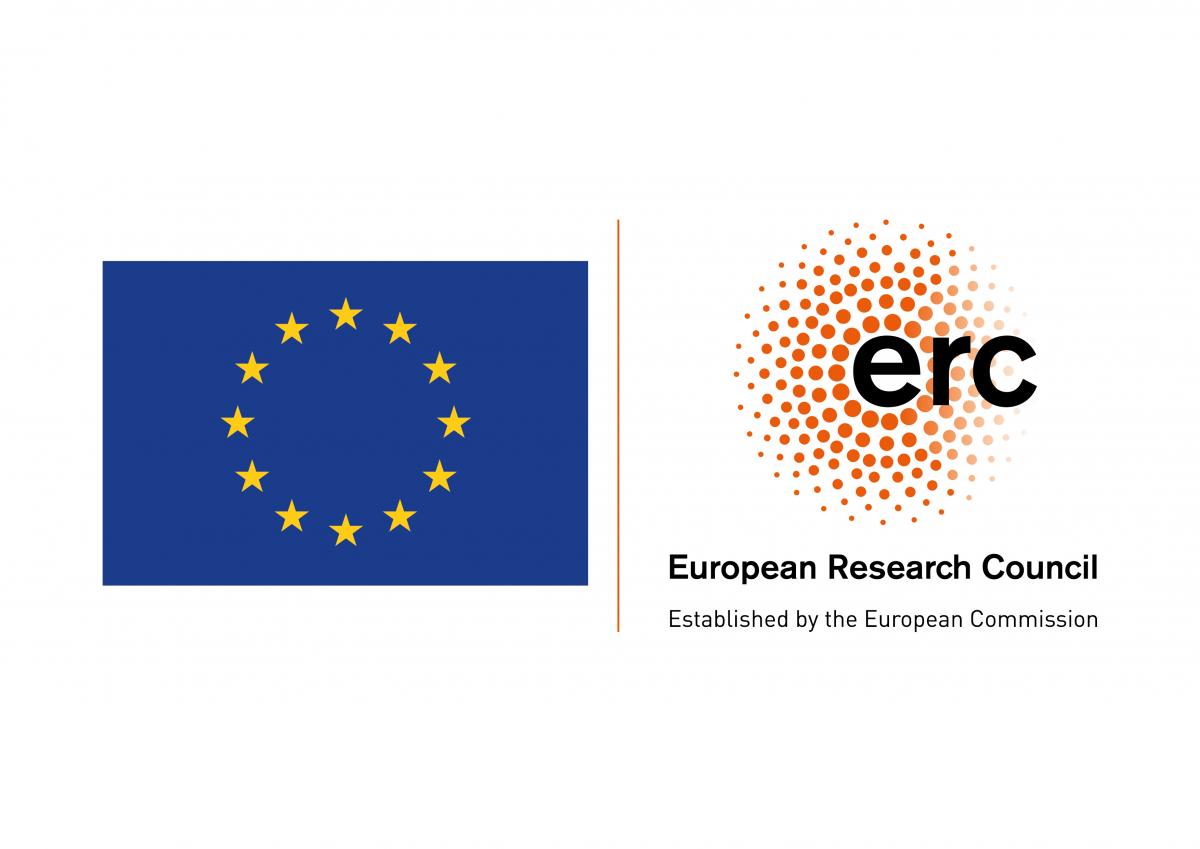