This is the HELIO4CAST multipoint interplanetary coronal mass ejection (ICME) catalog. This is version 1.0, released 2021-September-10.

It contains ICME events that could be seen at more than one in situ spacecraft, or which have been seen at least at one in situ spacecraft and the heliospheric imager onboard STEREO-A which allows a seamless connection of solar to interplanetary observations. Please see this paper for an in-depth description.

Rules: If this catalog is used for results that are published in peer-reviewed international journals, please contact christian.moestl@oeaw.ac.at for possible co-authorship.

The catalog is available as python pandas dataframe (pickle), json, csv, xlsx, txt, html, html (with header), and this is the header txt file. On this figshare repository you can additionally download the catalog files, quicklook movies and an animation we made to identify these lineup events. This animation is also on youtube.

Here is a a google colab notebook that demonstrates how to work with this and other catalogs on helioforecast.space in python.

01: event: To which multipoint event the row belongs to, unit: integer.
02: event_start_time: For in situ spacecraft, similar to icme_start_time in the ICMECAT. For STEREO-A-HI (HIA), its the sse_launch_time from HIGeoCAT. unit: UTC.
03: spacecraft: HIA if the entry refers to observations from STEREO-A-HI, otherwise the in situ observing spacecraft. unit: string.
04: sc_heliodistance: Heliocentric distance of the spacecraft at event_start_time. unit: AU.
05: sc_long_heeq: Heliospheric longitude of the spacecraft at event_start_time, range [-180,180]. unit: degree (HEEQ).
06: cme_long_heeq: CME longitude, derived from SSEF30 modeling with STEREO-A-HI, range [-180,180]. unit: degree (HEEQ).
07: speed: For in situ observations, the speed over the whole ICME interval (icme_speed_mean in ICMECAT). For HIA, the speed derived from SSEF30 modeling in HIGeoCAT. unit: km/s.
08: mo_bmax: Only for in situ observations, maximum total magnetic field in the magnetic obstacle interval (mo_start_time to mo_end_time). unit: nT.
09: mo_bzmin: Only for in situ observations, minimum magnetic field Bz component in the magnetic obstacle. unit: nT.
10: id: the id from either the ICMECAT or HIGeoCAT, allowing to look up the event directly in these other catalogs.

- The coordinate system for the Bz magnetic field components is SCEQ, except for Wind (HEEQ, which is the equivalent for SCEQ for Earth).
Definition of SpaceCraft Equatorial Coordinates (SCEQ):
Z is the solar rotation axis.
Y is the cross product of Z and R, with R being the vector that points from the Sun to the spacecraft.
X completes the right handed triad (and points away from the Sun).
This system is thus like HEEQ but centered on the respective in situ spacecraft, so the SCEQ X and Y
base vectors are rotated by the HEEQ longitude of the in situ spacecraft from HEEQ X and Y.
The Y vector is similar to the T vector in an RTN system for each spacecraft, but the X and Z vectors
are rotated around Y compared to an RTN system. The differences between RTN and SCEQ for spacecraft within
a few degrees of the solar equatorial plane are very small (within a few 0.1 nT usually).
We choose SCEQ for the advantage that a comparison of the data of multipoint CME events
and comparisons to simulations are simpler because there is always a similar reference plane (the solar equatorial plane). 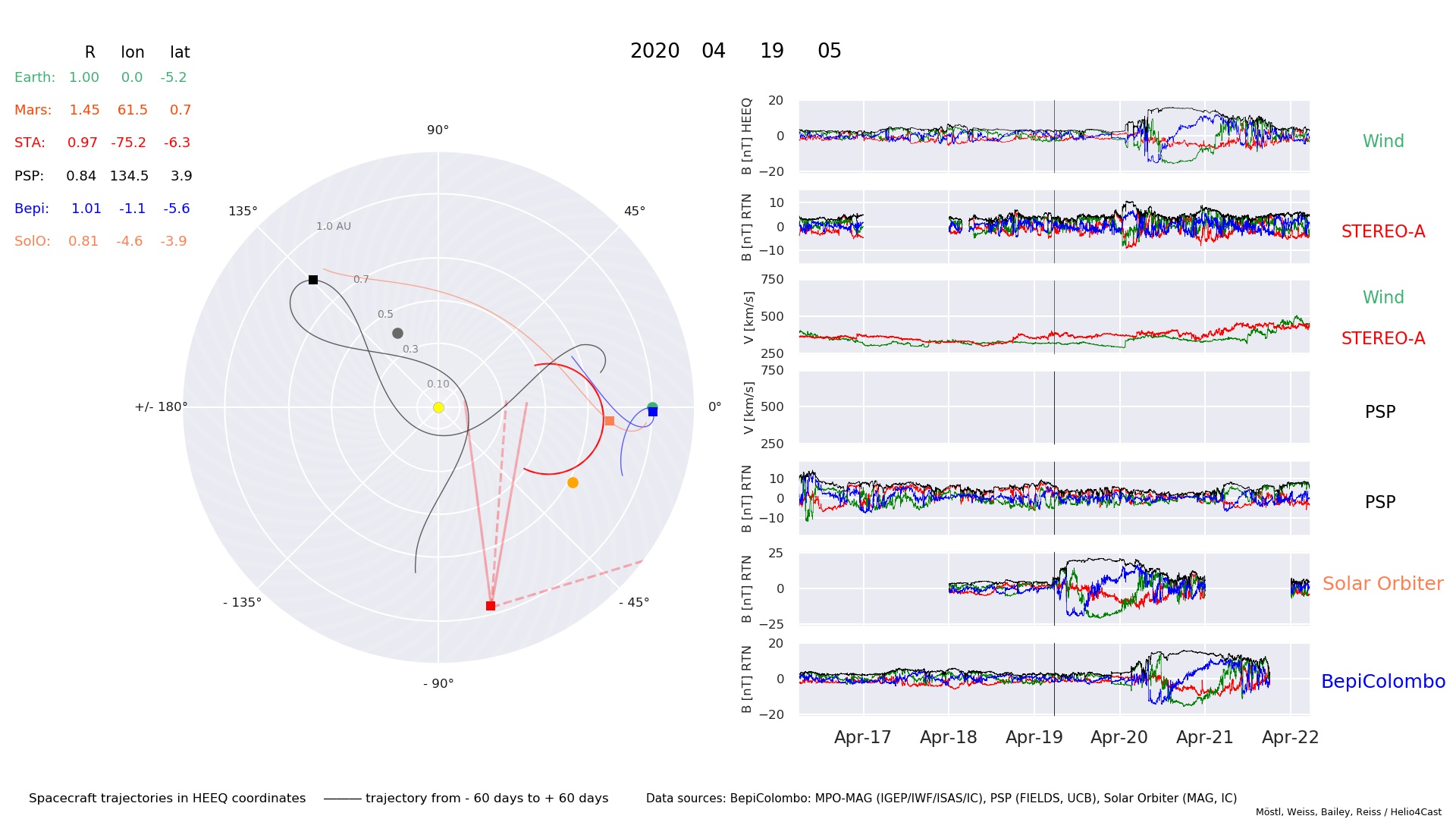 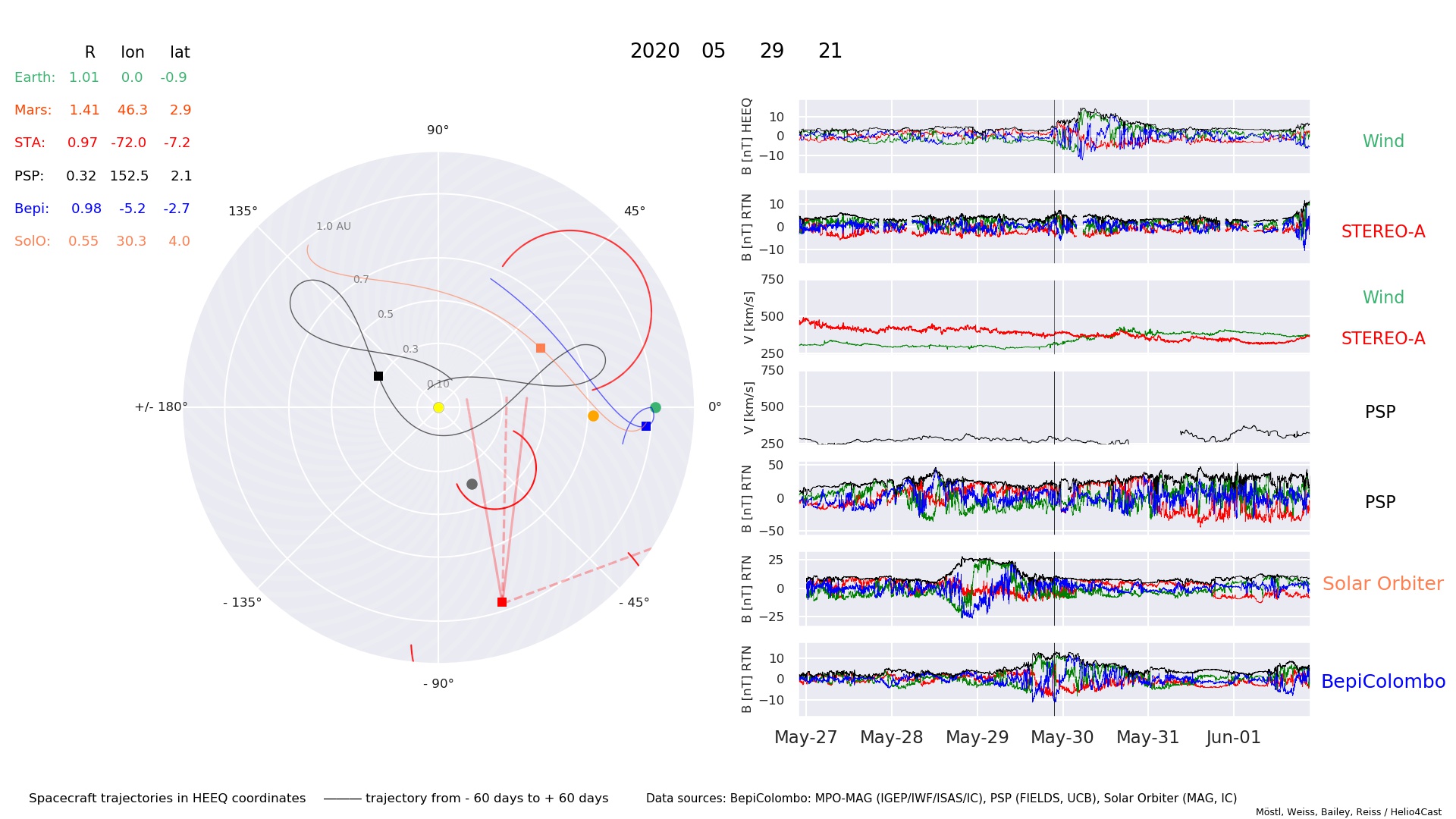 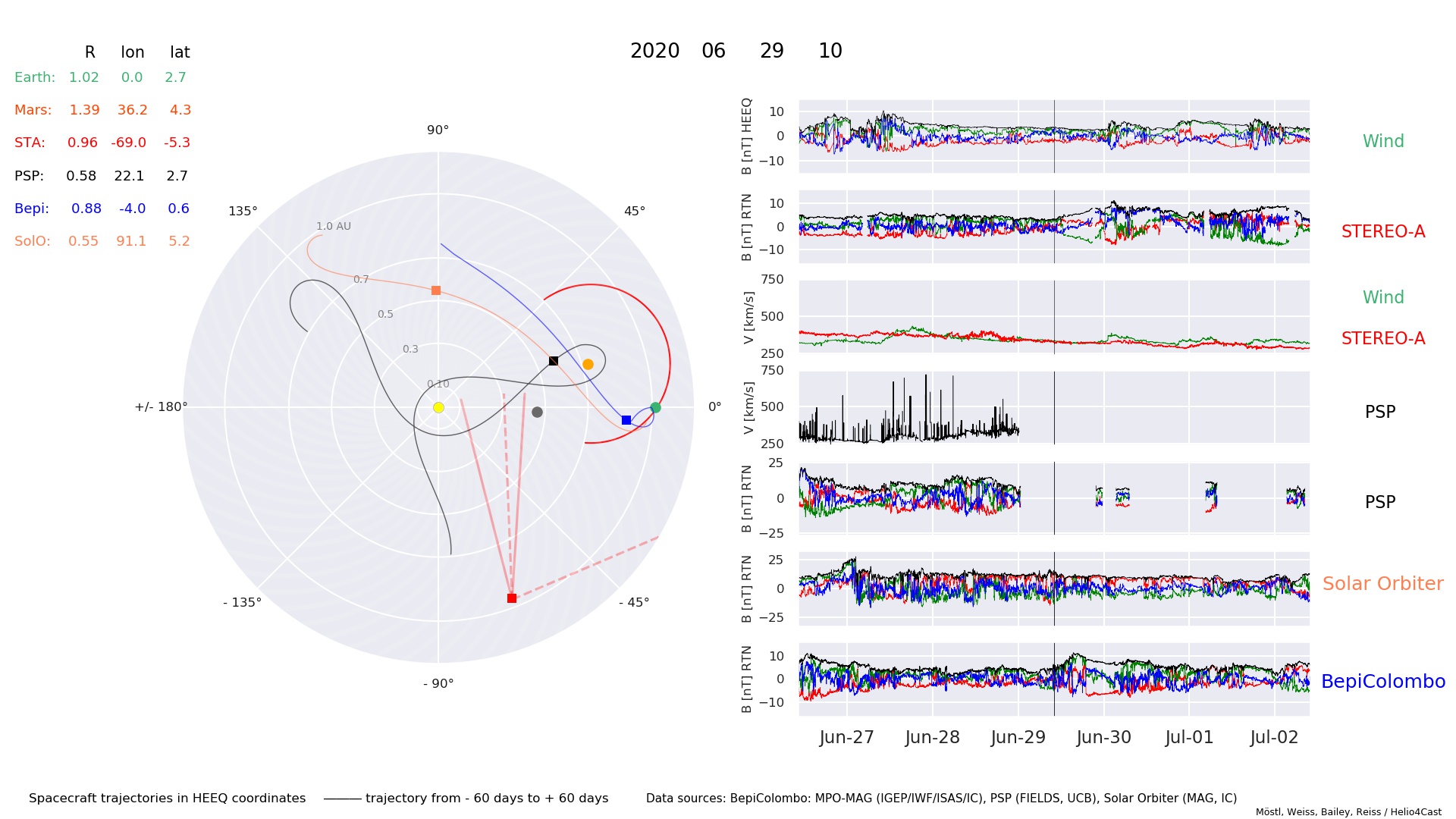 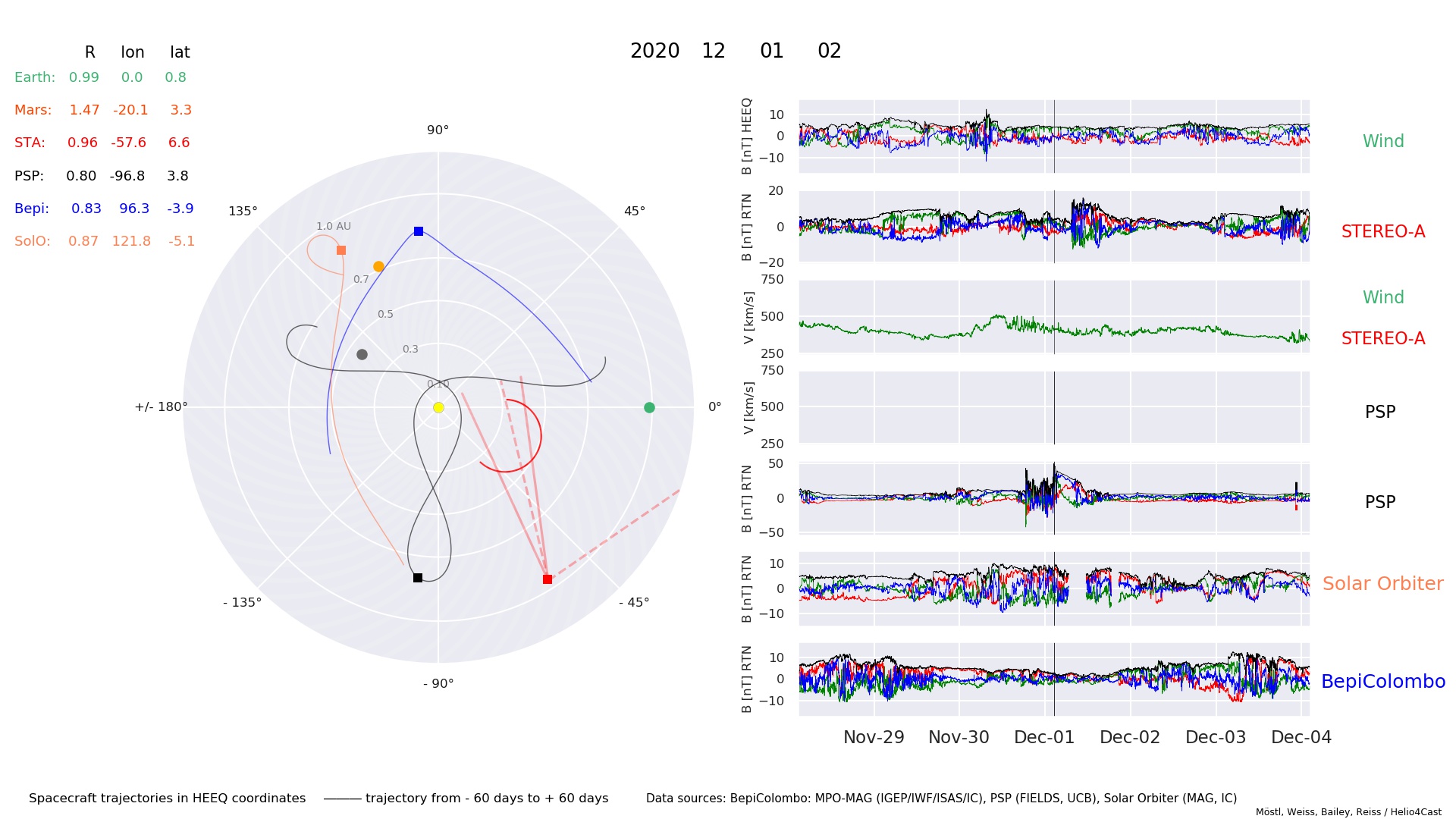